“I will judge you by your bookshelf”: The organisation of libraries

On 30 June and 1 July the Warburg will host an online workshop organised by Rheagan Martin (CASVA Center for the Advanced Study in Visual Arts Predoctoral Fellow), Ottavia Mazzon (Frances Yates Long-term Fellow), and Raphaële Mouren (Head of Research Collections, British School at Rome, and Senior Research Fellow, the Warburg Institute) dedicated to exploring historical systems of classification employed in the organisation of book collections, both individual and communal, from antiquity to early modernity.

The workshop will bring together scholars from different fields of ancient, mediaeval, Renaissance and modernity studies, who will present their research on the sources available for the reconstruction of these systems (quotations, book lists, catalogues, ex libris) and the ideology underlying their conception and implementation in libraries located in different places, from the coast of ancient Palestine to England via Italy and France.

In the comic providing the title for his most recent book, “I will judge you by your bookshelf” (2020), the American cartoonist Grant Snider takes a character through a nosy exploration during a house party: they “would never judge a book by its cover”, they say; “the spines, however, are a different story.” Away from the refreshments, the games and the music, Snider’s character slips into a quiet room of the house, where they can devote themselves to answer a very important question, “What does your bookshelf say about you?” Are you “stylish by shallow,” “stuck in high school,” “obsessively organized” or “a true reader”? The answer, they joke, will not affect their friendship with the party’s host(s), hopefully.

The order that individuals, communities, and institutions give to their book collections reflects, overtly or implicitly, their social and intellectual context, their history, and the relationship they entertain with knowledge: each system records a particular way of viewing the world of knowledge and its structure. The choices made in the selection of the books to include or exclude from a collection also speak of a hierarchy of subjects and topics, setting out a distinction between what is important—essential, even—and what can be dispensed of. In turn, the adoption of an organisation system is essential for any library or book collection that actually endeavours to be useful, since it is only through a classification system that readers have the ability to access the collection(s) to find exactly the books—and, as a consequence, the information—they are looking for. Seemingly anarchic collections can exclusively be used by their owners, as illustrated by an instructive anecdote about the (dis)organisational habits of scholar Nicolas Fabri de Peiresc (1580-1637):

"All in his House was nothing but a confused and indigested Mass, or heap, yet was he never long in seeking anything in so great a heap, provided that none meddled with his Rarities, Books or Papers but himself; and that some body else, being commanded to fetch this or that, had put them out of order."[1]

It was not a very efficient system: it relied heavily on spatial memory and the reproduction of fixed patterns of search to ensure retrieval. Nonetheless, the example is telling in regards to the possibility for learners and scholars to develop their own knowledge starting from the pre-established structures and patterns of access chosen for them by others or even by their past selves and the difficulty of straying from the pre-set paths. The internal classification of book collections and libraries has a deep influence on science and intellectual life.

In the Greek-speaking world, the first systematic attempt at organising knowledge with a specific connection to the written words and books in circulation was carried out by the grammarian Callimachus of Cyrene (ca. 303-ca. 240 BCE) while he worked at the Musaion in Alexandria. Far from being a catalogue of the famous Library founded by the Ptolemaic dynasty, but nonetheless employed within the Library itself, maybe in the form of labels attached to the stacks, Callimachus’s Pinakes constituted the first comprehensive bibliography of Greek literature and provide us with helpful insight on the ways Greek scholars organised the knowledge that was available to them. Building on pre-existing practices of list-making, the Pinakes organised their subject by “genre—rhetoric, law, epic, tragedy, and so on—and within these classes, authors were arranged alphabetically by name”[2]: their structure as a work tells us that, at least in Alexandria, in the intellectual milieu of the Musaion, the important criteria in the organisation of knowledge were, in the first place, genre and, secondly, the alphabetical sequence. In all likelihood, this system influenced the way readers of the Pinakes and users of the Library itself perceived and accessed knowledge.

There is no evidence to support whether or not the Pinakes established a hierarchy of genres which would have been reflected in the practical, physical organisation of the Library of Alexandria, but this particular collection did not successfully resolve all the challenges posed by the concept of a universal library itself. For instance, it was a monolingual library: in later centuries, the bilingual Roman aristocratic élites created the model for the Bibliotheca Graeca and the Bibliotheca Latina, which, in the case of the library attached to the Temple of Apollo on the Palatine Hill, were the charge of different librarians[3].

In later times, in the context of the Italian humanistic movement, genres were organised in a hierarchical sequence, starting from the Bible and the christian Church Fathers: this is how Tommaso Parentucelli (1397-1455), who as Pope Niccolo’ V would go on to found the Vatican Library, envisioned his canon of books when advising Cosimo de’ Medici on how a library should be[4]. Today, the catalogue of the fondo antico of the Biblioteca Nazionale Marciana in Venice, which largely consists of the book collection belonging to Cardinal Bessarion (ca. 1403-1472), is still organised according to Parentucelli’s canon; however, unlike in Callimachus’ Pinakes, authors within each class are ordered chronologically and not alphabetically. Libraries without aspirations of universality, especially when belonging to individual scholars or communities with specific reading interests, have adopted largely different criteria of organisation and classification, for example, driven by the desire not to separate book series neatly bound with the same cover, for both aesthetic and practical reasons of easy retrieval. Even in the Warburg Library itself, books are partially organised by size and not by topic, as separate stacks host large format books for every classmark.

Every library has its own order: throughout history, book collectors and librarians have established a variety of classification systems that would allow them to store books in an orderly fashion and, more importantly, make them retrievable when the need arose. As Gabriel Naudé famously said in his Avis pour dresser une bibliothèque (Paris, 1627), without order a "collection of books, were it of fifty thousand Volumes, would not more merit the name of a Library, than an assembly of thirty thousand men the name of an Army unless they be martialled in their several quarters under the conduct of their Chiefs and Captains"[5].

Systems of organisation can be reflected in catalogues, in the furniture used to store the volumes, or in the volumes themselves, which sometimes bear traces of the shelfmarks they were assigned, or other paratextual annotations that speak of their position within a collection or in the room(s) of a library. Classification systems are not fixed once and for all, but change alongside cultural and historical circumstances, the growth of collections or their dispersal, or simply on the whim of the book owners. Researching them is a way to explore historical structures of knowledge, study developments in intellectual life and confront the challenges that librarians and readers had to face when storing the books they were in charge of or owned. What do bookshelves say about people’s lives? The answer to this question will hopefully affect our judgement.

> Join us for the conference

[1] The Mirrour of True Nobility and Gentility Being the Life of the Renowned Nicolaus Claudius Fabricius Lord of Peiresk, written by the Learned P. Gassendus, Englished by W. Rand, London 1657, p. 197, quoted by A. Blair, Too Much To Know: Managing Scholarly Information before the Modern Age, New Haven-London 2010, p. 87.

[5] Instructions concerning Erecting of a Library: Presented to My Lord the President De Mesme, by G. Naudeus, and now interpreted by J. Evelyn, London 1661, p. 75.

Organising Libraries from Antiquity to the Renaissance 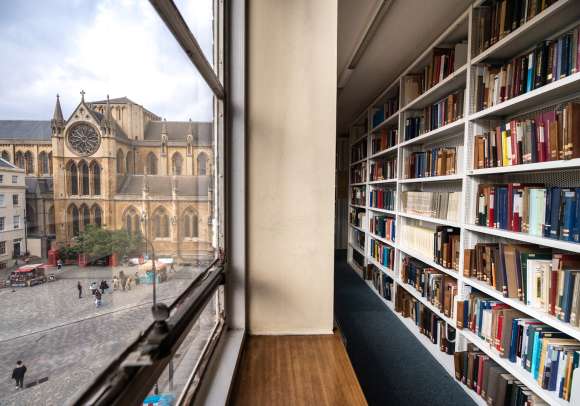 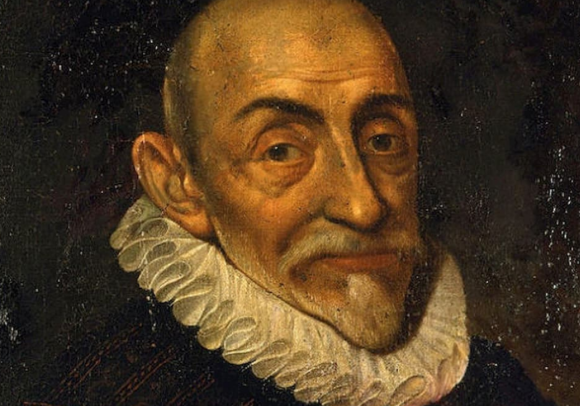 Giambattista Della Porta: An Italian Magus at the Warburg Institute