Images In The Digital Realm: Some Remarks on W.J.T. Mitchell’s ›Aesthetic Distancing‹

With the increasing multitude of online exhibitions and virtual museum tours, the question is raised whether the digital art world can be a substitute for the present and immediate experience of art in person.

In this blog post, the Bilderfahrzeuge Project’s Anita Hosseini discusses the remarks art historian W.J.T. Mitchell made in a recent interview considering the way digital images are handled and how they are used online. This article is also available in German on the Bilderfahzeuge Projects ‘s blog.

In an interview published on May 2, 2020, the art historian W.J.T. Mitchell takes up the question of what happens when we look at art on the Internet. He proposes that, depending on the work of art, the transfer of art and exhibitions to digital media does not have a decisive influence on their reception. At the same time, he emphasizes that this transfer provides the opportunity for establishing an ‘aesthetic distance’ that is in line with today’s precept of social distancing. But what exactly does this mean?

After two months of inaccessibility, German museums are slowly reopening their doors and collections to a public starved of art. In the UK this is not yet in sight and we increasingly hunger for the spiritual nourishment that only art can give us. In recent weeks it has become clear that the closure of cultural institutions as ‘non-key’ sectors of society can happen very quickly, but also that this leaves a huge void which we are trying to close in many ways. Thus, starting with the #gettymuseumchallenge, a large number of images and memes were created that testify to this yearning for art.

At an unexpected speed, from one moment to another, digital space had to substitute physical space in order to fill the emptiness created by the closure of many institutions. The technologies required have already been available and often in place for some time, patiently waiting for the moment when they will be used in an all-encompassing sense. But the varying systems are evidently unprepared for the sudden ‘big acceleration’ of the ‘technosphere’. Consequently, there is occasionally a one-to-one translation of analogue exhibitions into digital ones. Almost all cultural sites are subject to the necessity of delivering as quickly as possible, and thereby they forget that filming analogue museum visits and curatorial tours can no more substitute for the actual exhibition and art experience than photographs of gallery views and digitalised images of artworks. If one could accomplish this in such a simple way and consequently make the exhibition visit unnecessary, the museum – as a representative of many other cultural institutions – would abolish itself and prove its obsolescence. ›From now on only digital‹ would then be the motto.

However, the digital art world cannot be a substitute for the present and immediate experience of art, though it could prove to provide a valuable addition if we would realize that we are dealing with a new medium. If we take this new medium with its inherent aesthetics seriously, if we do not ignore its influence on the objects it mediates, then we can be guided to new questions and fields of investigation and at the same time use this surrogate as a vehicle for dissemination.

So how does our perception of art change online?

Mitchell emphasizes that ›the immediate experience of a work of art is sometimes very unsatisfactory‹ and that one ›may be able to see much more, and to look much more closely, online‹. In his examination of the digital approach to art, Mitchell refers almost exclusively to the image as motif in the broadest sense. The iconic difference of the image, the simultaneity of its what and its how, does not play a decisive role in his understanding. Mitchell is concerned with the image as an image of something, but not with the image as a material entity, as a bodily thing that shows and presents in its own, genre-specific language. The deictic potential of the image is here reduced to a purely motivic level of the image and detached from the image-producing, visualizing level of it.

The immediate confrontation with the actual work of art, its presence, its materiality and mediality are indispensable and decisive aspects that we as art historians cannot ignore within our analyses. However, the digital approach to art sometimes creates an unbridgeable distance to these aspects, which cannot be overcome despite interactive tools such as three-dimensional images that can be visually circulated, or zoom effects and film footage. In what he sees as an accordance with Aby Warburg’s Bilderatlas, Mitchell interprets this distance as a productive ›aesthetic distancing‹. ›No contagion and overwhelming by the original‹ and thus focusing on the image itself.

But this is exactly where the crux of these considerations lies hidden: The image is made up just as much of what it depicts as also of what it does to the viewer. The image is in its sum just as much a visual representation as it is the material means it consists of, precisely also as a source of contamination and/or affection. In this sense, would the detachment from the aesthetic proximity to the image not also be a dissolution of the image as an image? If the digital dissolves the image to such an extent that it is no longer aesthetically within reach, what is left of it? The question ›What is an image?‹, which was widely discussed in the 1990s, is now experiencing a renaissance in the course of accelerated digitalization. This question should not only be addressed on the level of media theory, but also from the perspective of the participating observer. We deal with digital images and now increasingly with digital exhibitions and other digital image appropriation practices, but we always show tendencies of forgetting that in the digital realm we also find ourselves in a media space that influences both: images and their reception.

Since images are always located in specific contexts, some consciously, some subliminally perceived, the consideration of digital space as context is also vital. Contexts of the image reveal themselves when we deal with questions of site-specificity and reception aesthetics or when we approach the object within the perspective of discourse analysis or reception history. At the same time, we also create these contexts within the framework of comparative vision by referring to reference works in our analyses or by curating exhibitions and assembling objects under a particular aspect. These historical, local, analytical and curatorial contexts run the risk of being trivialized in digital dissemination. On the one hand, the internet allows for countless connections, on the other hand, this can lead to a blurring of essential meanings and analytical settings within the analysis of artworks. It is, therefore, crucial to pay attention to the respective contexts in digital access to objects and to consider or question them. For images on the internet can become meta images that reflect the medium in which they appear. In this case, we have to determine what the image is that we are looking at, describing and working on. Is it the painting, the installation, the sculpture, the concept, etc., or is it the digital image of a piece of art?

At a first glance, digital access to art seems a convenience: Everything is accessible at all times and to everyone; we can get close up or far away; we can observe the art object isolated or on display, detached or in interaction with other images. At the same time, according to Mitchell, we can also free ourselves from our aesthetic and thus affective outbursts, creating a distance that allows a closer look at the image. But this supposed aesthetic distance is rather a re-contextualization and a new form of aesthetic experience which we need to learn to take into account and interpret.

Mitchell points out that Warburg ›had the rule that his atlas could only contain copies, no originals. Also, there could be no colour. This made all the images the same. Warburg did not want to be overwhelmed by the affect of the original, he wanted the distance of understanding between himself and art. It was a kind of defence against the original.‹ But this supposed defence against the original, which Mitchell sets up as an aesthetic distance, resulted on the one hand from the possibilities of the media of that time, and on the other did not create an aesthetic but rather an analytical distance. Thus, the panels of the Bilderatlas were a space for visual thinking and pictorial argumentation, which structured and produced an argument by ordering and combining motifs. They accomplished their purpose. For ›we must not regard the satisfying feeling of eliminated emptiness through adulterated food as a symptom of a truly healthy diet‹, as Warburg wrote in 1907 in regard to the use of reproductions. ›Such illusory success in mass production only crushes what must be independently stirred as a desire: to find the originals in the Kunsthalle.‹ And we all share this desire. But as long as the museums still have to remain closed and digital space offers us an alternative, it is up to us to use it just as Warburg did and to continue researching based on the possibilities digital media offer.

Over time, Warburg’s pictorial panels, equipped with surrogates, became originals themselves, just as is the case regarding the exhibition Aby Warburg: Bilderatlas Mnemosyne. The Original, which will be shown this autumn in Berlin’s Haus der Kulturen der Welt. It is no longer a matter of reproduced originals, but of reproductions as components of the originals. This is a significant change of perspective moving from the motivic to the levels of matter and media. It is precisely this shift that should also interest us when we are concerned with the digital. In digital space, the image is not simply detached from its materiality, but is transferred into a world that is not directly material (apart from the required hardware), but nevertheless medial, which, depending on our point of view, can itself become an original.

In her research, Anita Hosseini oscillates between contemporary art and early modern art history. Her interest focuses on questions of the history of knowledge and art theory, which she investigates either in the context of digital media or within the confrontation with the Anthropocene, or to which she devotes herself in connection with media of visualization or the global migration of aesthetics. She is currently a member of the research group “Bilderfahrzeuge – Aby Warburg’s Legacy and the Future of Iconology“. 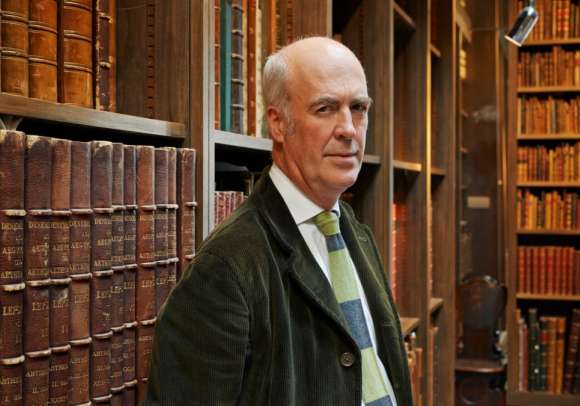 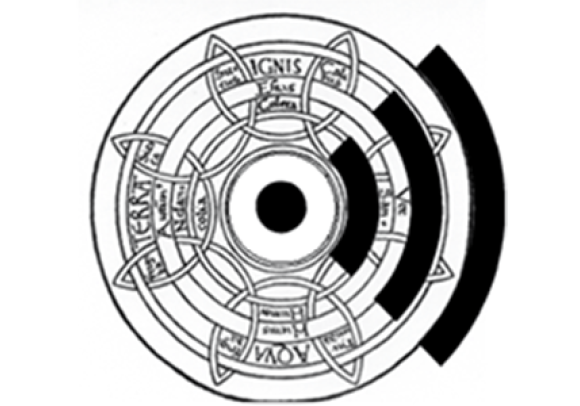 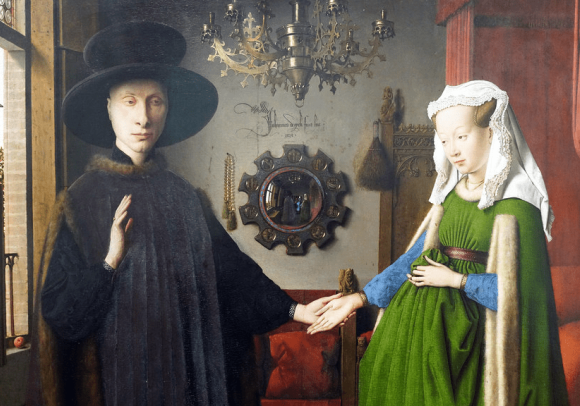