Meet the Warburg: Paul Taylor, Curator of the Photographic Collection

In this blog series, we introduce you to the people who bring the Warburg to life. From library staff to lecturers, find out more about the people working at the Warburg Institute.

In this interview, we talked with Curator of the Photographic Collection, Dr Paul Taylor. Read on to discover more about his career, how the Warburg informs his wider research interests, his book on how images mean, and what it’s like studying at the Institute.

Could you tell us about your background and what led you to work at the Warburg Institute?

I began studying art history at school, and enjoyed it very much. I then went to university in Cambridge, where you couldn’t study art history in your first year. I had an interest in philosophy, so I started with that. My original plan was to study philosophy for one year and then switch to art history; I ended up studying philosophy for two years and art history for my last year. I did my PhD also in Cambridge with Jean Michel Massing. My thesis was on Dutch flower painting, a topic which John Gage had suggested, and Jean Michel encouraged me to pursue. I was interested in symbols, iconography and art theory, what people thought when looking at such paintings. I read contemporary Dutch texts to get an idea of the extent to which contemporaries were interested in the symbolical meanings of flowers, but found that they were more interested in illusionism and how painters could create an effect of three dimensions on a flat surface. Towards the end of my PhD, I applied for a long-term Yates Fellowship at the Warburg Institute. I didn’t get it, but I was given a short-term Yates Fellowship as a consolation prize, during which I wrote two-thirds of my PhD thesis. I was incredibly fortunate; shortly after my fellowship came to an end a job in the Photographic Collection at the Warburg Institute became available. I applied for the position, and to my surprise I got it. Although I didn’t consider myself very Warburgian – my knowledge of iconography, especially Italian, was limited – I was selected with the hope that in time I could find out more.

Could you tell us more about your role as one of the Editors of the 'Journal of the Warburg and Courtauld Institutes'?

I’ve been involved with the Journal since shortly after I arrived at the Warburg. In 1994, Elizabeth McGrath, one of the editors at the time, went on sabbatical leave for eighteen months, and I took her place while she was away. When she returned, I continued to give occasional help, and have been one of the editors since her retirement in 2010. I work alongside Jill Kraye, Rembrandt Duits and Guido Rebecchini. We read articles when they come in, and decide which we think we might be able to publish and which we think aren’t for us. The latter we decline as soon as we can, adding a letter explaining our decision, even though this is time-consuming. If we think the article may be publishable, we think of who might read it, either some expert we already know and respect or someone whose work we have encountered in the footnotes of the article we’re reading. We need two peer reviews, and often have to wait some months to receive both reports. Sometimes their views are different, and we decide to commission a tie-breaker. In the end though the editors must take the final decisions because readers don’t always have the time to read articles closely. In fact we often notice that you don’t fully grasp an article until you edit it. This is when problems start to appear. For example, you check a footnote and realise that the author has mistranslated a passage; sometimes, the argument of the whole article is much weaker because of this. The issue must then be addressed so that the argument holds. Being an editor takes up a lot of my time, but I do it willingly. I’ve admired the Journal since I was a student and am happy to try to continue the tradition.

What does your position as the Curator of the Photographic Collection entail?

The Photographic Collection has been steadily expanding since the late 1880s, when Aby Warburg began collecting photographs. It’s now a collection of around 400,000 photos, mostly filed by their iconography, by what they represent. When I joined the staff of the Collection back in 1991 my job was to find new images that were iconographically interesting (rare, unusual, or just artistically appealing), arrange for them to be mounted on card, write the details of the images on the back and then file them away in our complex folder system. In the noughties that changed when our digital Iconographic Database, designed by my colleague Rembrandt Duits, went online. Now our job is to make digital photographs, mostly of images we’ve collected in the past, and add them to the Database. Making the photographs is easy enough; what takes time is adding the verbal descriptions to the database entries. Working digitally has the advantage that more people benefit from our work; whereas in the past we had hundreds of visitors each year, now we have tens of thousands of online visitors, from all five continents. However, we still have hundreds of visitors to Woburn Square (or Stewart House, where we are during the building works), and one of the pleasures of the job is meeting people and talking to them about their work.

You expanded the Photographic Collection with sections on Mesopotamian, Egyptian, Asian and Non-Eurasian iconography. Could you say more about your interest in world art?

Part of the Warburg tradition that I admired before I came here was its global reach. I knew this in particular from Ernst Gombrich’s book The Sense of Order, which discusses examples from all round the world, but when I arrived at the Institute I also came across rich non-European sections of the library, some of which went back to Aby Warburg’s day. I discovered that the Photo Collection had large collections of Mesopotamian, Egyptian and early Buddhist material, and they were much neglected (I remember finding a cigarette butt in one of the folders) as well as confusingly arranged. So I asked the Curator of the Collection, Elizabeth McGrath, if I could arrange them iconographically, and with her usual open mindedness she said yes. I knew next to nothing about the iconographies of these parts of the world, but many of the photos were inscribed on the backs and we had plenty of good books in the library, so it was possible to construct an iconographic taxonomy. When I had finished this task, I asked Sotheby’s and Christie’s if we could receive their Asian and Tribal art catalogues, and I began cutting them up and filing them away iconographically too. What interested me were the comparisons; for example, it was difficult to file African and Oceanic images iconographically, and there were some large European categories of image, such as mythology and allegory, which rarely appeared anywhere else. This got me thinking about broad trends in global iconography.

How does your work at the Warburg Institute inform your wider research interests?

My current research in world iconography would have been impossible without that work I did on filing photos away in the Photographic Collection. I think that other research I have done, on art theorical terminology and pictorial condition, could have been carried out in other places, but I certainly learned a lot about both subjects from our former Director, Charles Hope, as well as from the work of past Warburgians such as Michael Baxandall, Ernst Gombrich and Otto Kurz.

Could you tell us about the book you are writing?

The book is called How Images Mean. When I was studying analytical philosophy as an undergraduate I read discussions of how propositions and statements mean, and it all became very complex very quickly. A common view among philosophers is that images do not have ‘meanings’ in the same way, but as an iconographer I think that they do, and that it is worth analyzing the different ways by which they acquire and convey meaning. I argue that, from the iconographic point of view, photographs and generically carved ancestor or deity figures have fundamental similarities. The reference of an ancestor figure, which doesn’t look a lot like the person it represents, has to be assigned by a process I call designation. My argument is that designation plays a part in all forms of iconography, including photography. It may make it sound as if I’m writing a philosophy book, but unlike most books on the philosophy of images it is full of discussions of specific art works from all around the world, and it is, I hope, written in a simple, clear way. You could say that it’s an art historical study of world iconography organized around a semantic theory.

You provide PhD supervision. What would you say to prospective students considering carrying out a PhD research with you?

I’ve supervised a broad range of PhD topics from medieval iconography to portrait prints in sixteenth-century Italy to eighteenth-century French art. My willingness to supervise does have a limit though; I won’t venture into research dealing with languages I am unfamiliar with (I can read four or five European languages). Supervising a PhD is a huge commitment, but it is wonderful to see students becoming polished scholars. It’s a real privilege to watch this transformation.

What do you value most about the Warburg Institute?

I’ve always liked the way the Warburg combines extreme theoretical ambition with a pedantry about fact-checking, getting the details right, and making sure that everything follows from the premises, from the statements made in primary sources. It’s theoretical but at the same time anti-theoretical. In fact, it’s an attitude which reminds me of the analytical philosophy I studied as an undergraduate, and that may explain why I so warmed to the Journal of the Warburg and Courtauld Institutes when I first came across it thirty-five years ago. And then too there is of course the great library, an endless source of information and inspiration. When I first visited the stacks while doing my PhD I couldn’t believe how many useful books were suddenly at my fingertips. I dreamed of working at the Institute one day, never thinking I would be lucky enough to spend my career here. 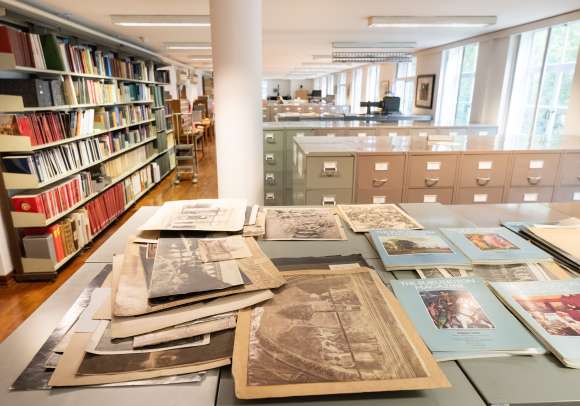 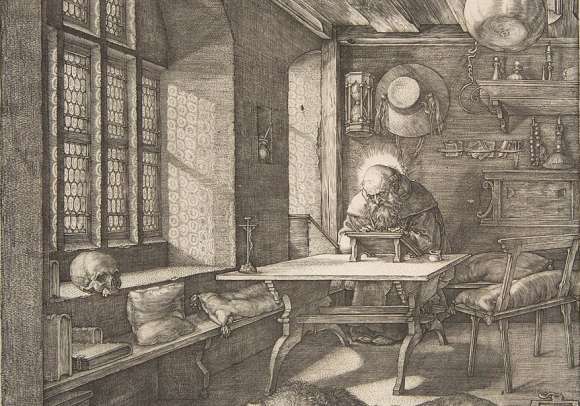 Join us to conduct your PhD research in a world-renowned library and immerse yourself in a uniquely international research community. 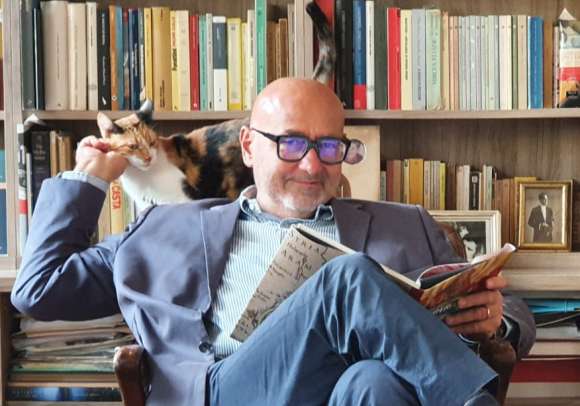