Francesco Molinarolo has spent this term at the Warburg Institute as an occasional student to conduct research on the relationship between Metaphysics and natural philosophy in the 16th century for his PhD.

In this blog post, Francesco tells us more about his research and how the resources of the Warburg Institute were a valuable contribution.

It is quite inevitable for a scholar coming to the Warburg Institute from a foreign university to ask themself about what they are looking for and what they are expecting to find in this institution, with its very strong and long-established tradition, alongside with its vocation for intertwining different approaches and interests. When dealing with topics such as the Aristotelian tradition of the Renaissance, such a question in particularly relevant.

As is known, the tradition of studies which harks back to Aby Warburg himself, and to the great scholars who have animated the Warburg Institute throughout its history, does not deal specifically with the Aristotelianism in the Renaissance; nevertheless, the library of the Institute offers a great deal of books and works concerning this topic. The presence of truly remarkable scholars who are experts on this component of the diversified culture of the Renaissance is equally important, and it is one of the reasons why the Warburg Institute is a valuable place to conduct such research.

Nevertheless, it is important for any scholar, as a link in the chain of research and not an isolated monad, to question constantly the cultural environment in which they find themselves to operate. Like people, in some way libraries are living beings, and they must be interrogated: the answers usually have a role in shaping the outcome of the studies, since they not only concern what one is looking for, but also what one is not expecting to find, and this is far more interesting.

This has been the case also for the research I conducted at the Warburg Institute as an occasional student from Italy. In order to reconstruct and analyze how God is thought of as either the efficient cause of the universe or its final cause, it is necessary to determine a consistent approach which could plainly explain such a multifaceted problem. While conceiving God as the efficient cause of the world is more compliant with a religious and theological conception of the Deity as for its creative power, a mere finalism seems to be more adherent to the letter of Aristotle’s works. In fact, in this second case God would be the First mover of the universe, the source of its motus, with some precise characteristics such as finite power and determined will, since the First principle in Aristotle’s philosophy only thinks of itself, it does not conceive anything about the lower world and does not deliberate. This problem has its roots in the long tradition of commentaries on Aristotle’s Physics, On the Heavens, On Generation and Corruption and Metaphysics.

The philosophers of the 16th century have striven to give consistency to the many inputs provided by Aristotle’s works and by the works of their predecessors, with whom they constantly debate in a long-lasting discussion, which embraces the Medieval Scholastic tradition as well as the early modern exegetical instances. How to consider the path taken by this debate is a matter of perspective.

A suggestion on what point of view to take has come, as well as from direct confrontation with some scholars at the Warburg, from the choice of books available and even their mere disposition according to floors and sections. The broad perspective embodied in the library allows a scholar to pursue their research with a deep focus on the tradition, providing ancient and medieval sources which give solidity to one’s research.

As a matter of fact, though, many useful contributions to research on such a purely metaphysical problem can be found not only in the Philosophy section on the 3rd floor, but on the 4th as well, in the Science and Culture section. This could seem irrelevant, or even obvious, but it shows an important aspect of the problem: first of all, it reminds of the deep “institutional” background of the Aristotelian philosophers of the Renaissance, who were in most cases professors and teachers, following an academic tradition themselves. Therefore, it is also important to consider the history of universities as an essential aspect to define the development of thought: for instance, it can be expected that a philosopher coming from a Paduan or Bolognese background displays a tendency to naturalize the action of God towards the world, as those universities were home of a naturalistic kind of rationalism. On the other hand, philosophers with a philological education, and who are possibly influenced by other philosophical currents, can provide different solutions, more difficult to decode.

A second aspect which shows itself even just wandering the library and finding books, sometimes randomly, is that, as a matter of fact, the problem of God’s causality is not only metaphysical, but involves logic, physics, gnoseology, and constitutes the path towards the definition of the basis for the new science which was to be born in the 17th century. The possibility of comparing such different elements and even an invitation to do so, supported by the coexistence of different critical contributions as well as primary sources, is a feature of the library of the Warburg Institute, which encourages to contaminate and to explore the complexity of a topic. Therefore, the encounter with books on the history of universities and on the Scientific Revolution and its links with the previous period has been very important: the extent of topics and perspectives shown by this library has thus allowed to understand more consciously the extent of the topic itself, and to build a much more stable path towards the conclusion of the research.

Francesco Molinarolo spent a term as an occasional student at the Warburg Institute between January and March 2022, coming from the Scuola Normale Superiore in Pisa. His research deals with the 16th century Aristotelian tradition in Italy, with special regard to Metaphysics, natural philosophy, psychology and theories of knowledge.

We welcome applications from international students registered for a PhD in their own country to join the Institute as an occasional student.

Occasional students pay a monthly fee and receive an academic mentor and access to the Library, Photographic Collection, and Archive. They are encouraged to attend open lectures, seminars and colloquia and to become part of the Institute’s international research culture.

Find out more about becoming an occasional student. 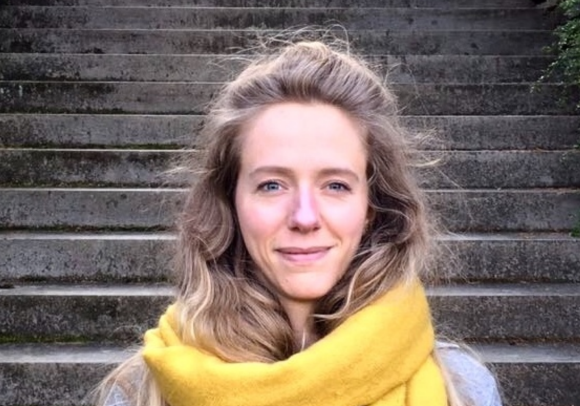 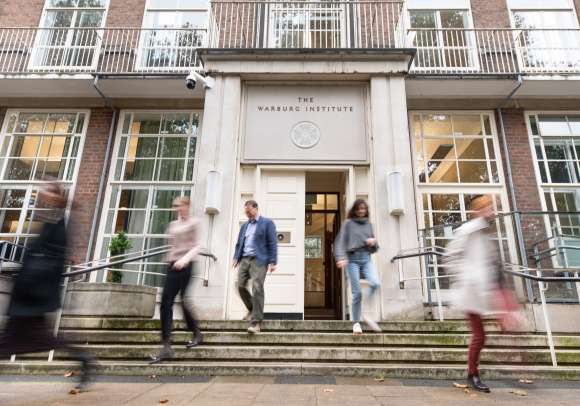 Studying at the Warburg Institute

We offer postgraduate study in ideas, images, and society: medieval to modern. 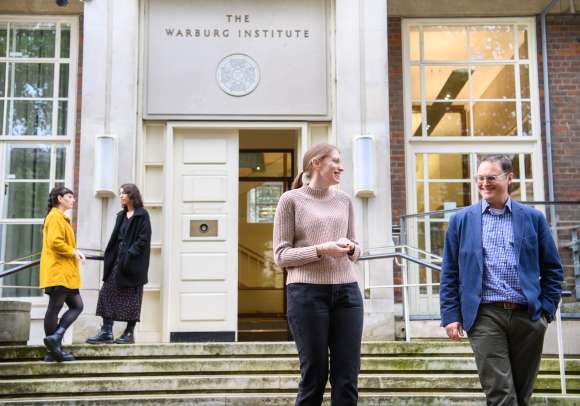 Top tips for new students to the Warburg Institute