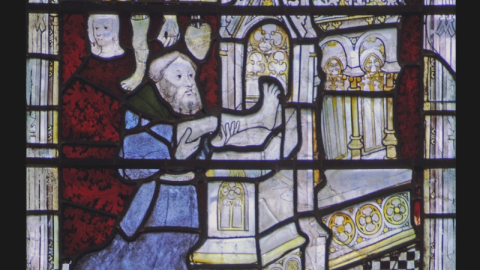 Hardwick Hall, Derbyshire, is a 16th century architectural masterpiece, the vision of Elizabeth Talbot, Countess of Shrewsbury (c. 1527-1608). Known as ‘Bess of Hardwick’, she furnished her interiors with rich textiles that signified her wealth and social status. The collection that survives today is the largest and most significant to remain in its original setting in Britain. Bess’s great furnishing schemes, first for Chatsworth in the 1570s and then at Hardwick (recorded in 1601), were founded on the recovery and re-use of ecclesiastical textiles cast aside when traditional religious worship was outlawed in the name of reform during the Tudor Reformation. Luxurious velvet, silk brocade and cloth of gold were refashioned into great hangings for beds and walls such as the Noble Women Hangings. Less well known is the group of over 100 fragments of English medieval embroidery, c.1500-1540, orphreys and cope-hoods which originally decorated church vestments. Recognised internationally for its distinctive craft and artistic style as Opus Anglicanum, it was collected by the leading churches and reserved for the most important acts of worship and for the ceremonial.  This paper will introduce the collection, examining the recovery and reinvention of vestments by Bess. In a narrative that runs counter to the survival of comparable textiles concealed by recusant Catholic families, it will explore Bess’s practice through the lens of her role as a member of a new protestant nobility following Henry VIII’s break with Rome.

Emma Slocombe is a Senior National Curator at the National Trust specialising in Dress and Textiles. She has particular interest in embroidered textiles and in 2016 published ‘The Embroidery and Needlework of Bess of Hardwick’ in Adshead, D. and Taylor, D.A.H.B. (eds.) Hardwick Hall: a great old castle of romance (Yale, London and New Haven, 2016). Since then, she has conducted research into the reuse and refashioning of textiles in the National Trust collections, particularly the survival of 16th and 17th century furnishings. Emma is currently collaborating with Professor James Clarke (Exeter University) on a project exploring the recovery, recycling and reinvention of church vestments at Hardwick Hall, Derbyshire.

This event is part of A Material World: Ritual, which brings together academics and heritage professionals from a wide range of disciplines to discuss issues concerning historical objects, their materials, forms, and functions, as well as their conservation, presentation, display, and reconstruction. 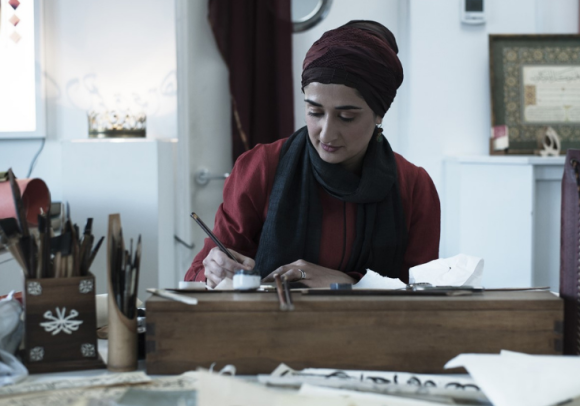 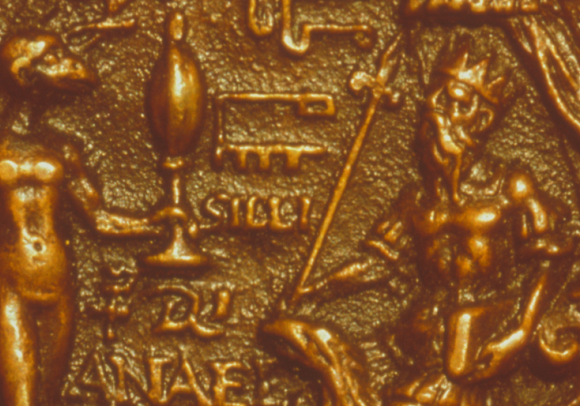