Decoding Shakespeare: Renaissance Ciphers and the Modern Search for Meaning 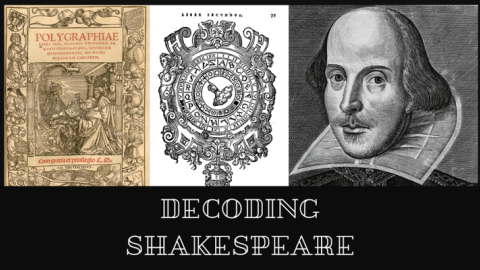 The Warburg Institute Director, Professor Bill Sherman, will give a series of talks this November, as part of the Oxford Wells Lecture Series, titled 'Decoding Shakespeare: Renaissance Ciphers and the Modern Search for Meaning'.

Cryptography, the art and science of secret communication, is part of what made the Renaissance the Renaissance. More surprisingly, early modern ciphers have shaped what modern readers have made of Shakespeare—and even shaped modernity itself. These lectures will provide an introduction to the new technologies of secrecy that left their mark on many aspects of Renaissance culture, including the development of diplomacy and the waging of war, the creation of a postal system, the invention of short-hand and sign language, and the search for hidden meanings in art and literature. And they will trace the rebirth of those technologies, and the questions they raise, in the twentieth century. It will be a tale of two Williams, William Shakespeare and William Friedman—whose search for ciphers in Renaissance texts helped the Allies to win World War II.

Details of the lectures in the series:

Find out more and book