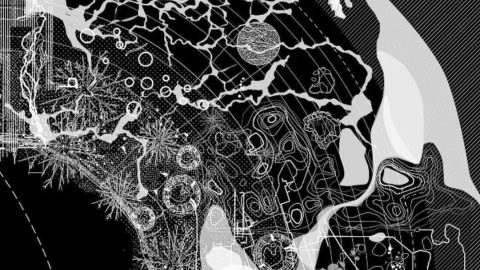 Earth-systems scientists refer to the region a few hundred metres above and below the earth’s surface as the “critical zone”— the earth’s fragile skin, where the interactions of weather, water, soil, and stone form the conditions for life. Philosopher Bruno Latour co-curated the current exhibition, Critical Zones, at the ZKM in Karlsruhe to explore the seismic implications of reorienting science, politics, art, and religion towards this area. The exhibit and its catalog, Critical Zones: the Science and Politics of Landing on Earth — named one of the New York Times’ best art books of 2020 — explore the new kinds of attention, political alliances, care for nonhuman surroundings, and arts of inhabitation demanded by our “earthly” condition. In this rare event, Bruno Latour will discuss the exhibit and catalogue, joined by art historian, Joseph Leo Koerner, and historian of science and literature, Frédérique Aït-Touati. Their conversation will excavate what an earthly art and art history might look like, undertaken from the critical zone.

A founder of science studies and the anthropology of science, Bruno Latour is the author of Facing Gaia: Eight Lectures on the New Climatic Regime, An Enquiry into Modes of Existence, and We Have Never Been Modern. With Peter Weibel at ZKM, he co-curated the landmark exhibitions Making Things Public, Iconoclash, and Resetting Modernity. A former Vice President for research at Sciences Po, Paris, he recently wrote and performed in the plays, Gaia: Global Circus and Moving Earths.

Joseph Leo Koerner is Victor S. Thomas Professor of History of Art and Architecture at Harvard University and author of major works on medieval and modern art history, including Caspar David Friedrich and the Subject of Landscape; The Reformation of the Image, and the forthcoming Gombrich Lectures, Art in State of Siege: Hieronymus Bosch, Max Beckmann, and William Kentridge. His film about the city of Vienna, The Burning Child, has been widely shown.

Frédérique Aït-Touati is a specialist in comparative literature and history of science at the CNRS and the EHESS, Paris. She is the author of Fictions of the Cosmos: Science and Literature in the Seventeenth Century and Contes de la Lune: Essai sur la fiction et la science modernes. The director of Gaia: Global Circus and Moving Earths, she is completing a book on theatrical arts and the staging of nature.

This event is part of the Director's Seminar series, which brings leading scholars and writers to the Institute to share new work and fresh perspectives on key issues in their fields. 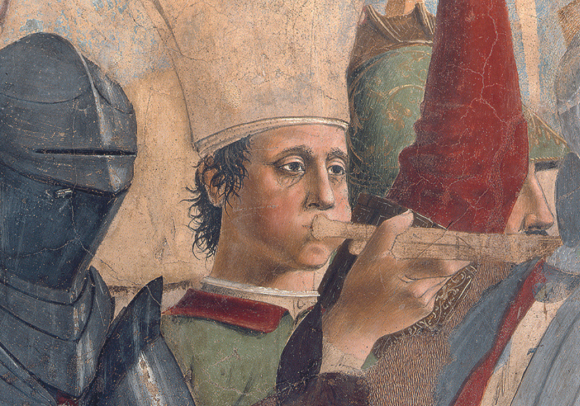 Renaissance Lives - 'Piero della Francesca and the Invention of the Artist'