Intimacy, Peripersonal Space, and the Boundaries of the Self in the Digital Age 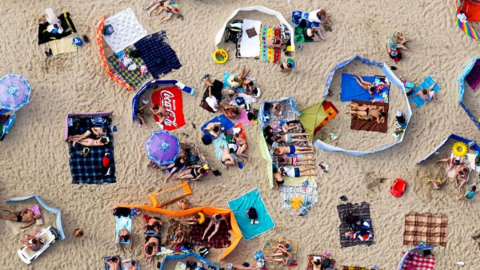 Intimacy, Peripersonal Space, and the Boundaries of the Self in the Digital Age

This webinar, organised by Noga Arikha and Frédérique de Vignemont, will focus on the notion of “peripersonal space” (PPS), which de Vignemont has defined, in a widely read article on the subject in Aeon, as a “buffer”, the “byproduct of our evolutionary history, which has equipped our brains with a way to acknowledge and track the importance of our immediate surroundings”. Just as the notion of the mind as embodied and embedded within its environment is gaining increasing traction in the psychological, social and political sciences, as well as in the humanities, so that of peripersonal space is proving of great interest to our self-understanding as a social, interacting species.

The time has come to bring to the public the groundbreaking research around PPS and to discuss its social implications. This two-hour webinar will do just that. It will bridge the dimension of PPS as studied within neuroscience and psychology with its dimension as a phenomenon that can be studied within social epistemology and political science, in order to gauge the relation of skin and space to the social definition of the affective and aesthetic self. Given how much of our interacting and social life is spent online, we will also discuss how the mechanisms at work in PPS may bear on the corporeal dimension of our digital lives. Historical and anthropological dimensions will be considered too, given the cultural variability of PPS, and the shifting nature of actions, situations and behaviours that may be considered acceptably intimate in one time and place, and repugnant or dangerous at another.

The approach we propose is on a continuum with Aby Warburg’s own interest in the moving and emoting body as communicative agent, and will give the participants the chance to discuss the topic, between themselves and with invited discussants.

14:30: Introduction by the organisers