Professor of the History of Islamic Influences in Europe

Research Interests: The transmission of texts, techniques and artefacts from the Arab world to the West, especially in the Middle Ages | Jesuits in Japan | Palaeography | History of Numerals and Arithmetic 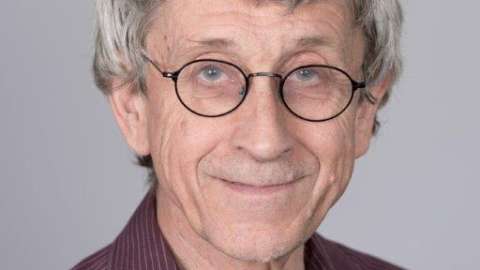 Charles Burnett studied for the BA in Classical in Cambridge University (May 1972) and achieved a PhD in Modern and Medieval Languages in the same university in June 1976. Having been a Junior Research Fellow at St John’s College, Cambridge, 1976-9, and a Senior Research Fellow, Warburg Institute, 1979-82, he was Leverhulme Research Fellow in the Department of History, at the University of Sheffield (1982-4 and 1985), interrupted by a year as Member of the Institute for Advanced Study, Princeton (1984-5). He was appointed Lecturer in the History of Islamic Influences in Europe at the Warburg Institute, University of London, in April 1985, and promoted to Professor in 1999.

The transmission of texts, techniques and artefacts from the Arab world to the West, especially in the Middle Ages

The research on the transmission of texts, techniques and artefacts from the Arab world has led Charles to study Arabic and Latin manuscripts of texts on philosophy, arithmetic, geometry, astrology, astronomy, medicine and magic (e.g. divination by the shoulder blades of sheep). He has documented the lives of the Latin translators, their motives, their relationships with Arabic/Islamic culture, and with scholarly communities in the West. He has studied the language of the translations, the role of glosses and commentaries, and the contributions of the translations to European learning, especially in the universities.

Charles has written about astrolabes and directed a project on Jewish astrolabes.

He has studied a contrasting cultural transmission: that of the Jesuits in bringing European culture to Japan in the so-called ‘Christian Century’ (mid 16th to mid 17th century).

In palaeography he studied the way that numerals (especially Hindu-Arabic numerals) were written, and also looked at the palaeography of magic texts.

History of Numerals and Arithmetic

Charles is interested in showing how Hindu-Arabic numerals entailed a completely new way of making calculations, and rivalled the use of the abacus.

Charles has produced a number of publications during his career, below are a few highlighted ones:

The Introduction of Arabic Learning into England (1997)

Arabic into Latin in the Middle Ages: The Translators and their Intellectual and Social Context (2009)

Numerals and Arithmetic in the Middle Ages (2010)

Scientific Weather Forecasting in the Middle Ages: The Writings of Al-Kindi (with Gerrit Bos, 2000)

Abū Ma‘shar’s On Historical Astrology (2000) and Great Introduction to Astrology (2018), both with Keiji Yamamoto

Jesuit Plays on Japan and English Recusancy (with Masahiro Takenaka, 1995)

‘Sound and its Perception in the Middle Ages’, in The Second Sense: Studies in Hearing and Musical Judgement from Antiquity to the Seventeenth Century, edited by C. Burnett, M. Fend and P. M Gouk (London, 1991)

See the full list of publications by Charles Burnett.

Charles appeared on In Our Time, and read a late-night essay on ‘Averroes’. He participated in an Arte documentary, and Cosmic Front, produced by the Japanese Broadcasting Corp.