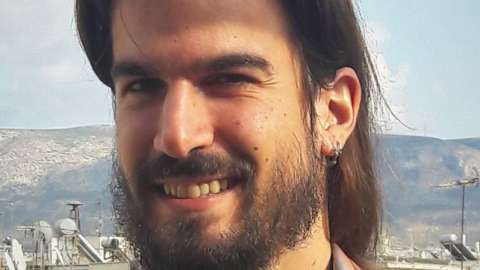 ΓΝΩΘΙ ΚΑΙΡΟΝ (gnōthi kairon): The Shape of Individual Time in the Italian Renaissance

ΓΝΩΘΙ ΚΑΙΡΟΝ (gnōthi kairon) is an ancient Greek maxim, attributed to Pittacus of Mytilene, one of the Seven Sages of Antiquity. Outside its original chronological and geographical context, the maxim became popular in both Greek and Latin ('Nosce tempus') during the Italian Renaissance as an urge and reminder to be aware of the right time to act and/or to recognise your opportunity.

My research focuses on the reception and multivalent adaptations of the Greek concept of kairos in Italian Renaissance visual culture. Based on literary and visual evidence that highlight the importance of the awareness of the personal temporal frame of action in provided historical circumstances, the main purpose of my project is to present time-awareness as an essential aspect of self-awareness, as shaped within notable 15th and 16th century humanistic circles.