Micha Lazarus is an Associate Fellow at the Warburg Institute. He works on the intellectual history and literary culture of Renaissance and Reformation Europe, and in particular on classical reception in sixteenth-century England. 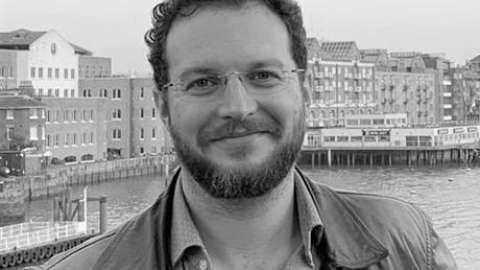 Micha was a Research Fellow at Trinity College, Cambridge from 2015-2019, and has held fellowships at the Harry Ransom Center (2016), Dumbarton Oaks (2017), the Renaissance Society of America (2018), the Folger Shakespeare Library (2019, 2022), and the Herzog August Bibliothek, Wolfenbüttel (2022). Educated at Oxford, Berkeley, and the Hebrew University, he has been awarded the Gordon Duff Prize for book history at both Oxford and Cambridge, and is a Fellow of the Royal Historical Society and a scholar of Lincoln’s Inn.

Micha has published widely on the history of criticism in Renaissance Europe, as well as on Greek learning and literacy in England, the history of the book, Reformation tragedy, Anglo-Italian madrigals, lyric poetics, and the literary history of centaurs. With Vladimir Brljak, he is General Editor of Sources in Early Poetics (Brill), and co-founder of Poetics before Modernity, a multi-platform project on the history of criticism which has led to two edited collections: Artes poeticae: Formations and Transformations 1500-1650 (special issue of Classical Receptions Journal, 2021), and Poetics before Modernity: Literary Theory in the West from Antiquity to 1700 (forthcoming, OUP).

He is currently working on several book projects. Aristotle’s Poetics in Renaissance England (in preparation for OUP) establishes the English influence of this foundational work of literary criticism several decades earlier than has previously been thought, tracing almost one hundred and fifty copies of the work to sixteenth-century English owners and pursuing its literary influence on figures such as John Cheke, Roger Ascham, Philip Sidney, Samuel Daniel, Shakespeare, and Milton. Alexander Nowell’s Early Life and Books (in preparation for The Bibliographical Society) reconstructs an economic micro-history of the book market in mid-Tudor Oxford and London, by editing from manuscript a remarkable booklist of around 245 titles which also records an extensive community of named individuals among whom these books were loaned, borrowed, bartered for, and bought. Leone Modena’s Kinah shemor (in preparation for Skenè press, Verona) presents the first full critical edition and English translation of an astonishing literary showpiece composed in 1584, just before his bar-mitzvah, by the Italian Jew Leone Modena: an ottava written simultaneously in Hebrew and Italian. And Reformation Literary Criticism (in preparation for Brill) is an anthology of texts in facing-page translation, representing a school of literary thought that coalesced in the 1530s and 1540s around Philip Melanchthon and his circle at Wittenberg, the heart of the Reformation. Long neglected, this influential body of criticism is here made available for the first time, filling in the gap between ‘medieval’ and ‘Renaissance’ literary criticism and pressing on the edges of the story of classical reception.

Poetics before Modernity: Literary Theory in the West from Antiquity to 1700, co-edited with Vladimir Brljak (Oxford University Press, forthcoming, c.2022)

‘The Chancellor and the Sheep: Herding Academics in the 1540s’, in An Anthology of Neo-Latin Literature in British Universities, ed. Lucy Nicholas and Gesine Manuwald (Bloomsbury, forthcoming, 2022)

‘Sound Aristotelians and How They Read’, in The Reception of Aristotle’s Poetics in the Italian Renaissance and Beyond: New Directions in Criticism, ed. Bryan Brazeau (London: Bloomsbury, 2020), 38-59  [online here]

‘«Anonymous to This Day»: Aristotle and the Question of Verse’, in «In Other Words»: Translating Philosophy in the Fifteenth and Sixteenth Centuries, ed. David Lines and Anna L. Puliafito, Rivista di storia della filosofia 74.2 (2019), 267-85  [online here] 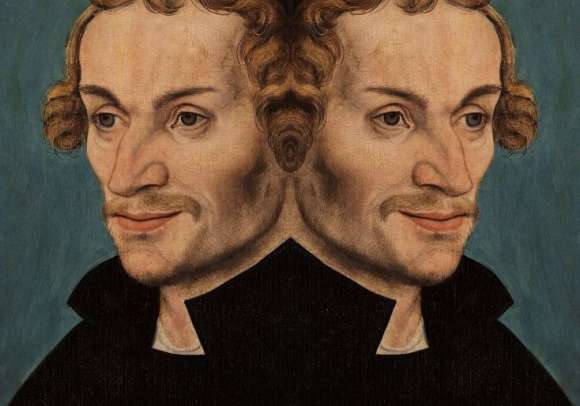