Valerio is the 2021-2022 Warburg/I Tatti Fellow, investigating embodied national characters in vernacular and Latin health regimens published in Europe between circa 1475 and 1700. His recent research and publications explore female equestrian culture and physical exercise across early modern Europe. He is also interested in the study of early modern dress and fashion as embodied practice. 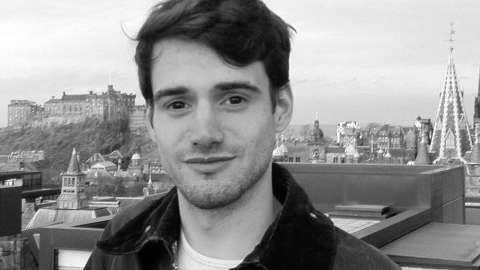 Valerio Zanetti received his undergraduate degree from the Università Cattolica del Sacro Cuore in Milan, writing an iconographical study of the Mannerist Sacro Bosco of Bomarzo. He was then awarded a master’s degree in Eighteenth Century Studies from the University of Sheffield with a prize-winning dissertation on political women’s fashions in Revolutionary Paris. Between 2016 and 2020, he completed a PhD in History at the University of Cambridge, where his project on female equestrian culture in seventeenth-century France was funded by the AHRC and the Cambridge Trust. He has since held a Visiting Fellowship at the Fondazione Giorgio Cini in Venice (2020) and a Postdoctoral Fellowship with the Society for Renaissance Studies (2020-2021), expanding his research into medical and pedagogic views of women’s exercise across early modern Europe.

As a Warburg/I Tatti Fellow, Valerio will explore how embodied national characters were medicalised in vernacular and Latin health regimens published in Europe between circa 1475 and 1700. Beliefs about national character informed exchanges at all levels of early modern society, yet little is known about the way specific psychosomatic traits were understood as inherent to certain populations. According to humoral theories, climate as well as localised processes of ‘environing’ and health practices had the power to permeate and mould human anatomy. Preventive regimens discussed how and why physical attributes as well as behavioural traits originated and developed within particular groups of people, while also explaining that these characters could be reshaped through targeted environmental strategies and individual self-care habits. In addition to establishing a solid comparative framework in which to situate further studies of preventive health literature, this comparative analysis opens new paths to interpret a wide range of cultural practices and representations of national bodies in the Renaissance. Artistic mimesis in fact did not rely solely on the meticulous rendering of corporeal surfaces, but also on the accurate understanding and expression of internal dynamics. At a time where Galenism still held sway, health regimens contained as much information as anatomical manuals and offered a complementary reading of human embodiment in all its facets, including nation.

V. Zanetti, ‘“Nothing is fashionable till it be deformed”: Sartorial Materials and Aesthetic Ideals of Beauty in Early Modern Europe’, in S. Toulalan (ed.) A Cultural History of Beauty in the Early Modern Age (London: Bloomsbury, 2022) – forthcoming