The Photographic Collection at Stewart House

During the Warburg Renaissance redevelopment project (April 2022-December 2023), the Photographic Collection has moved to the University of London's Stewart House building (32 Russell Square, WC1B 5DN), a five minute walk from the Institute.

Visitors can consult the collections in the Stewart House Reading Room. There's no need to make an appointment in advance.

About the Photographic Collection

The Warburg Institute's Photographic Collection was begun by Aby Warburg in the late 1880s, and includes tens of thousands of late nineteenth and early twentieth-century photographs and slides of works of art, together with hundreds of thousands of images added since the Institute came to London in 1933. Most of the works depicted are European, ranging in date from classical antiquity to circa 1800, but there are also expanding sections on various forms of non-European art.

The collection is organised iconographically, so, for example, Dürer’s Melencolia I is filed under Magic & Science – Four Temperaments – Melancholy – Female figure with putto(s) etc. Next to it in the folder there are photographs of other images of melancholy: manuscript illuminations, book plates, woodcuts, drawings, engravings and paintings, some high art, most low art, from all over Europe, produced during a period of about 500 years.

The system was devised in the 1930s by Rudolf Wittkower and Edgar Wind. Towards the end of his life Aby Warburg suggested a thematic structure based around the concepts which can also be found in his Mnemosyne Atlas, but Wittkower and Wind decided instead to develop a more neutral taxonomy based on iconographic types. One of its unique features is precisely its flexibility, which allows for constant modification and hence an unrivalled range of iconographic categories.

In the Photographic Collection as a whole there are at present around 18,000 subject folders, providing a detailed picture of European iconography, and summary overviews of Mesopotamian, Egyptian, Islamic, Indian, Far Eastern and non-Eurasian iconographies. The structure and order of the iconographic categories are listed in the Subject Index.

How to use the Photographic Collection

The photographs are kept in filing cabinets, and inside the drawers of the cabinets are folders of three different sizes. The three orders of folder are placed one inside the other.

The small folders containing the photographs can be removed. Large- and medium-sized folders, however, should be left in the drawers.

Please do not return removed folders to the drawers. They should be put in the box marked 'Folders' on the central desk in the Collection.

Adam Bartsch's Le peintre graveur, a catalogue of the prints made by painter-printmakers kept in the Albertina in Vienna, was published in the early 19th century, but was so thorough that it is still used by print specialists, who use 'Bartsch numbers' for works he described.

In the 1960s and 1970s the Warburg's photographers photographed all the engravings and etchings in the British Museum and the Ashmolean Museum which were (or should have been) in Le peintre graveur, around 14,000 in total. When in the 1970s The Illustrated Bartsch began to be published by Abaris Books in New York, the Warburg donated all its photographs free of charge to the project.

Heinrich Bodmer was Director of the Kunsthistorisches Institut in Florence from 1922 to 1932, and an authority in his day on Leonardo and on seventeenth-century Italian painting. He assembled a collection of ca. 2000 high quality photographs to assist his research, and bequeathed them to the Warburg Institute on his death in 1950. His interests were connoisseurial and he filed his photographs by artist, and they have been kept according to his categorisation, even though many attributions have changed in the intervening years. Around a quarter of the collection is available online in the Iconographic Database.

The Census of Antique Works of Art Known in the Renaissance

Now also available online, the Census of Antique Works of Art and Architecture Known in the Renaissance is an interdisciplinary research project centering on the classical tradition, a focus of Renaissance studies. Originally initiated at the Warburg Institute in 1946, it is now based at the Humboldt University, Berlin. The core of the project is the database registering antique monuments known in the Renaissance together with the related Renaissance documents in form of texts and images.

This large collection of images relating to Jungian archetypes, originally held by the Eranos Foundation, was integrated into the Photographic Collection in 1956. The Eranos Collection consists of photographic reproductions of images derived from Eastern and Western iconographic traditions: alchemy, folklore, mythology, and contemporary “archetypal” representations.

See the index of the Eranos Collection

Dominique de Menil (1908-1997) and her husband John (1904-1973) were French-American art collectors, patrons and philanthropists who were dedicated to the support of the civil rights movement in America.

In 1960 they launched The Image of the Black in Western Art, an unprecedented and ambitious research project examining how people of African descent were perceived and represented in western art.

Part of the Menil Archive is held in the Photographic Collection.

See the Index of the Menil Archive

Enriqueta Harris Frankfort, Curator of the Photographic Collection from 1949 to 1971, was one of the most admired writers on Spanish painting of her generation.

Enriqueta left her working papers to the Warburg Institute with the request that they be kept together as a resource for future historians of Spanish art. Her bequest provides rich documentation on many artists, especially El Greco, Velázquez, Murillo and Goya.

If you wish to place a photo order, please email Photographic.Collect@sas.ac.uk. Advance payment is required through our online store (links below).

The Warburg Institute Iconographic Database contains digitised images from the Institute's Photographic Collection and Library. The material for which the Warburg Institute holds the copyrights is licensed under a Creative Commons Attribution-Non Commercial 3.0 Unported License.

So far as time permits, the staff will attempt to advise, by letter, telephone or email, on the iconography of photographs sent by those who cannot themselves visit the Institute. It is not possible to list or enumerate the contents of folders, or to provide photocopies. Guidance can be given as to whether the holdings in a particular category are large enough to warrant a special visit. 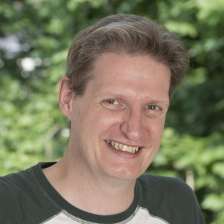