Figuring the Baroque: Warburg and Benjamin 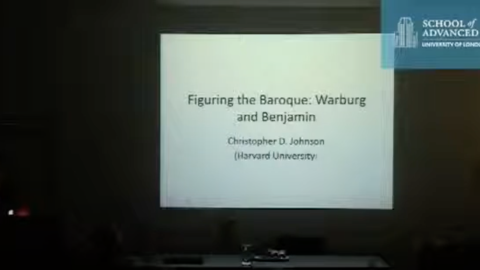