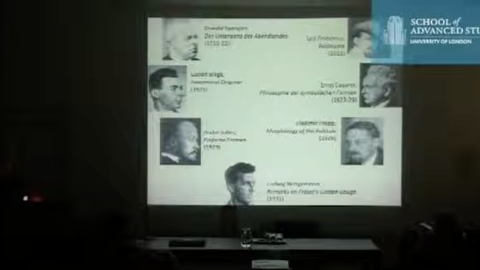 Warburg, Benjamin and Kulturwissenschaft Conference: "Origin vs Genesis. Warburg and Benjamin in the Footsteps of Goethe's Morphology"