Premodern Disability Histories | Disability, the Face and Technologies of Empire 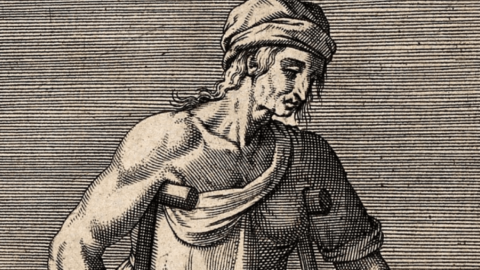 On 10 June 1731, Welsh master mariner Robert Jenkins sailed into Gravesend, bringing with him a tale of ‘barbarous usage’ encountered on the Rebecca’s journey from the English colony in Jamaica. According to Jenkins, a crew from the rival Spanish American settlements had seized and searched the ship near Havana. They had beaten the crew, stripped the ship of goods and navigation equipment, and cut off Jenkins’ left ear, ‘bidding him carry it to his Majesty King George’. The Anglo-Spanish tensions that erupted into war in 1739 would eventually be labelled The War of Jenkins’ Ear. But Jenkins arrived to a London anticipating another disfigurement. On 11 June, Japhet Crook was pilloried for forgery at Charing Cross. His nose was slit on both sides and both ears were cut off. The same London news columns that reported Jenkins’ Spanish ‘torture’ printed minute details of Crook’s public ‘amputation’: the different tools used, the medical care administered, Crook’s reactions, and by June 12 which local tavern held the ears in a jar for paying customers to view.

The state both employed and offered to protect subjects from disabling facial injuries as means of establishing authority. English law had marked the face in many ways, drawing on surgeons’ and hangmen’s technical skills to ensure proportionality and preservation of life. While legal disfigurement ceased in England, and became increasingly exoticised, it continued in other parts of the empire, causing discrepancies in the rights of individuals and in the experiences of people with judicial or merely visually similar facial disfigurements in different regions. Juxtaposing Crook’s and Jenkins’ stories in the newspapers of one week in 1731 provides a keen insight into the vulnerability and meanings of the face at this point in the British imperial project.

Dr Emily Cock is a Lecturer in Early Modern History at Cardiff University, and author of Rhinoplasty and the nose in early modern British medicine and culture (Manchester University Press, 2019). Emily’s research explores early modern social and cultural histories of medicine and disability and is currently all about the face. This event took place on 5 May 2021.