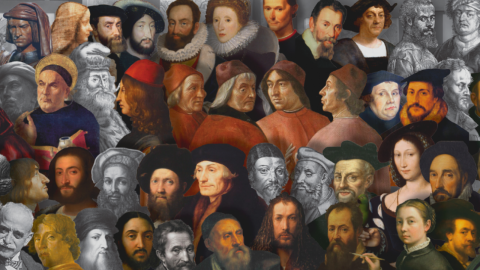 Rembrandt van Rijn and the Netherlands grew up together. The artist, born in Leiden in 1606, lived during the tumultuous period of the Dutch Revolt and the establishment of the independent Dutch Republic. He later moved to Amsterdam, a cosmopolitan center of world trade, and became the city’s most fashionable portraitist. His attempts to establish himself with the powerful court at The Hague failed, however, and the final decade of his life was marked by personal tragedy and financial hardship.

'Rembrandt’s Holland' considers the life and work of this celebrated painter anew, as it charts his career alongside the visual culture of urban Amsterdam and the new Dutch Republic. In the book, Larry Silver brings to light Rembrandt’s problematic relationship with the ruling court at The Hague and reexamines how his art developed from large-scale, detailed religious imagery to more personal drawings and etchings, moving self-portraits, and heartfelt close-ups of saintly figures. Ultimately, this readable biography shows how both Rembrandt and the Dutch Golden Age ripened together.

Featuring up-to-date scholarship and in-depth analysis of Rembrandt’s major works, and illustrated beautifully throughout, it is essential reading for art students and anyone who enjoys the work of the Dutch Masters.