Stargates | 'The Theory and Practice of Talismans' 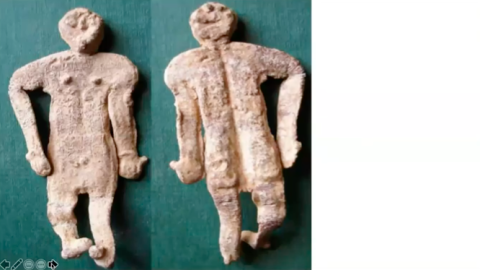 Thābit ibn Qurra, the great ninth-century Arabic mathematician, regarded talismans as being the culmination of the studies of geometry and philosophy. What did he mean by a talisman? And why was the science of talismanry so important? How was the theory of talismans put into practice and what was the effect?

Presented by Charles Burnett (Warburg Institute), this lecture will trace the science of talismanry from its Greek roots, through Arabic and into the Latin Middle Ages.

'Stargates - The Magic of Images from Heka to the Monas Hieroglyphica' is a lecture series dedicated to the material aspects of making magical images. Following a chronological sequence in order to underline the transformations, continuities, and discontinuities from ancient to “modern” practices, this series builds on the legacy of the Warburg Institute scholars D.P. Walker and Frances Yates.