Work in Progress Seminar: In Conversation with Federico Campagna 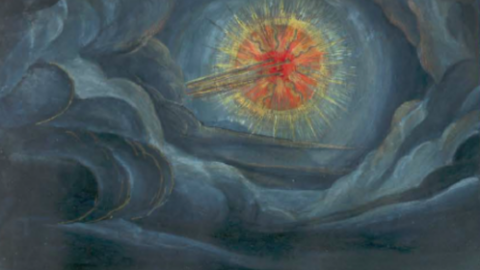 We take for granted that only certain kinds of things exist – electrons but not angels, passports but not nymphs. This is what we understand as 'reality'. But in fact, 'reality' varies with each era of the world, in turn shaping the scope of what is possible to do, think and imagine. In Technic and Magic (2018), Federico Campagna draws on an array of sources – spanning from Heidegger and Stirner, through Pessoa's poetry, to Advaita Vedanta, Ibn Arabi, Suhrawardi and Mulla Sadra – to disturb our understanding of the structure of reality, while restoring it in a new form.

In Prophetic Culture (2021), Campagna goes further to suggest that several different worlds have emerged throughout history, each with its own range of what seemed possible to do and to imagine. Each of these worlds has survived only as long as there have been voices singing out their metaphysical rhythm, and it has vanished together with the silencing of their world-song, leaving behind only ruins. Campagna locates a tradition that has been able to speak across time-segments – prophetic culture. Perhaps through prophetic culture, it might be possible for us, today, to speak to those who will inhabit a new world and a new time, somewhere beyond the approaching wall of the future?

Both Technic and Magic and Prophetic Culture are timely cultural interventions. As part of the Work in Progress series, Federico Campagna presented these works in conversation with Prof John Tresch, Dr Liana Saif and Beatrice Bottomley. The discussion was chaired by Professor Bill Sherman.