The Decline of Hell: Seventeenth-Century Discussions of Eternal Torment. 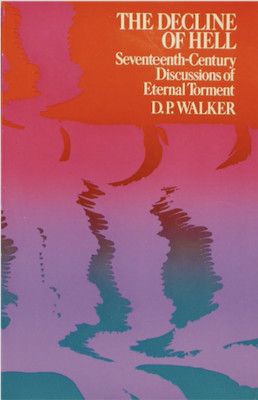 From the Introduction: “We are … justified in asking: why did the doctrine of hell remain almost unchallenged for so long a time, and why did it begin to lose its hold in the 17th century? In this book I shall suggest several answers to both questions. The most obvious answer to the first question is the very strong scriptural authority for the doctrine. But a more fundamental reason for the long triumph of hell was the firm and almost universal belief in its value as a deterrent in this life. It was thought that, if the fear of eternal punishment were removed, most people would behave without any moral restraint whatever and that society would collapse into an anarchical orgy… it was claimed that only criminals and debauchees could have any motive for questioning the doctrine.”