The Secret of Secrets: The East Slavic Version 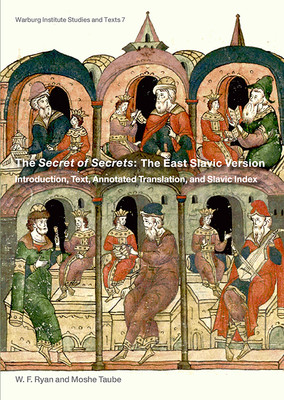 The original Arabic Secret of Secrets was probably compiled from multiple sources, and dates from about the tenth century. It purports to be the advice of Aristotle to his pupil Alexander the Great on all the knowledge - political, ethical, military, medical, and occult - needed by a great king. It was translated into Latin, Hebrew, and many European languages. It has been described as one of the most popular books of the Middle Ages. The Hebrew version was translated into a variety of East Slavic, probably in Kiev before 1483. This idiosyncratic version contains major interpolations: a physiognomy by Razes and treatises on poison, sex, and asthma by Maimonides. It is known to have been in the libraries of at least two tsars and two patriarchs in the 16th and 17th centuries. This annotated edition contains a historical introduction, the text, manuscript variants, an analytical glossary, and an English translation.