Shaping Knowledge: The Transmission of the 'Liber Floridus' 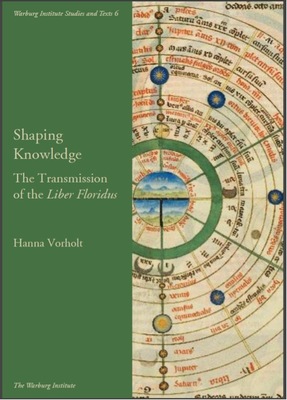 The encyclopedic compilation Liber Floridus, created by the Flemish canon Lambert of Saint-Omer in the early twelfth century, survives not only in the form of his famous autograph, but also in a considerable number of later manuscripts which transformed the knowledge assembled by him and which became starting points for new appraisals of their texts and images. Shaping Knowledge examines the processes which determined this transfer over the centuries and evaluates the specific achievements of the different generations of scribes and illuminators. Taking account of the full range of manuscripts which transmit material from the Liber Floridus and focusing in more detail on three of them – now in the Herzog August Bibliothek in Wolfenbüttel, in the Universiteitsbibliotheek Leiden and in the Abdijarchief of Tongerlo – it shows that the makers of these manuscripts did not merely select and copy material from the Liber Floridus, but also organized images and texts in new ways, sought out different exemplars for them and embarked on compilatory activities of their own. These relationships at the textual, visual and conceptual levels are lenses through which we can observe the networks subsisting among the manuscripts linked to the Liber Floridus and the much broader group of encyclopedic compilations to which they belong. Sixteen colour plates and one hundred black-and-white figures document the role of the visual and material dimensions of the manuscripts in the processes of transmission.