The Slave in European Art; from Renaissance Trophy to Abolitionist Emblem 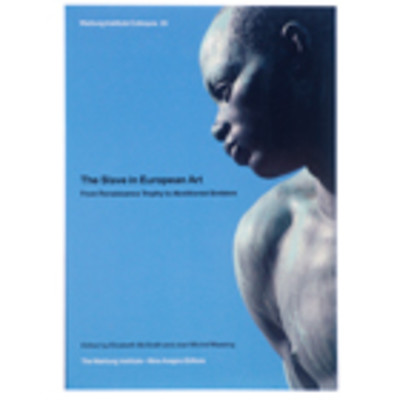 This volume explores the imagery of slaves and enslavement – white as well as black – in early modern Europe.

Long before the abolitionist movement took up the theme, European art abounded in images of slaves – chained, subjected, subdued figures. Often these enslaved figures were meant to be symbolic, for slavery was widely invoked as a metaphor in both religious and secular contexts. The ancient Roman iconography of triumphalism, with its trophies and caryatids, provided a crucial impetus to this imagery, particularly for Renaissance artists who developed their own variations. Here the use of classical models had a peculiar force, since nudity, the attribute of antique heroes and idealized abstractions, was the mark of the Mediterranean galley slave. It was also to become the condition of the enslaved and transported African.

The poignant sculptures of naked black Africans on Italian monuments of the seventeenth century are Ottoman galley slaves, representatives of the Islamic enemy along with their Turkish companions. But with the expansion and extension of the trade in enslaved Africans among the nations of Europe, African blackness became in itself a sign of slavery in European art. Fashionable portraits increasingly showed young and servile blacks, sometimes wearing silver slave collars, paying tribute to the status or supposed beauty of their masters and mistresses. This imagery often presents itself as playfully metaphorical, even though the slavery of Africans so portrayed could be literal enough. Unsurprisingly, there was little demand for representations of the slave trade. In the few cases in which African slaves in colonial situations became the subject-matter of paintings, they were generally depicted as part of an imperialist and ‘civilizing’ mission, or accommodated to picturesque formulae, distant from the uncomfortable realities of life on the plantation. Indeed – as the case of Spain especially demonstrates – the representation of slaves in art is never proportionate to their numerical presence in slave-owning societies. It is only with abolitionism that the slave trade and its injustices becomes an artistic theme, provoking the visual counter-propaganda that is charted in the coda to this collection.