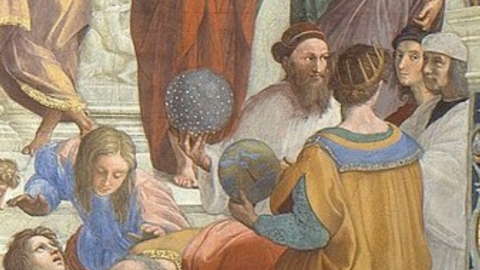 In its ninth year, the Neoplatonic Studies seminar will focus on the theme of the Good in Neoplatonic Philosophy, with readings from Plato, Plotinus, Proclus, Damascius, Dionysius the Areopagite and Marsilio Ficino. The seminar is, as it has been from its inception, open to all – to those who have and do not have ancient Greek, to those well-versed in ancient Neoplatonic philosophy, and to those who are not. The only requisite is ‘a desire to know’. Each week the seminar studies a short passage or two in English translation (though those who prefer to read the original Greek are not forbidden from doing so).

Many significant developments of Platonic philosophy in late antiquity (“Neoplatonism”) arose from a consideration of the nature of the First Principle–known as the One or the Good–and its relation to being and thought. The first part of this year’s programme will begin with readings from passages concerning the Good in Plato’s Republic and the second epistle attributed at the time to him. The Seminar will then move on to Neoplatonic interpretations of these passages and some Christian versions of them.

The readings for each seminar are taken from the following works, in order of appearance:

See below for the schedule of readings.