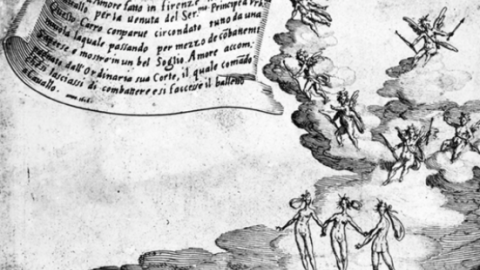 Festivals hold together as well as produce temporal disjunctions. Those that are regularly enacted can perpetuate the use of otherwise ‘antiquated’ literary, visual or musical art forms,  and stimulate the reception of motifs and genres from remote  periods, but they can equally foster the development of new cultural forms, as was the case for the development of religious plays in fifteenth-century Italy. They also trigger new modes of temporary display in which the ephemeral can become permanent. The theme Times of Festival is quintessentially Warburgian, relating both to Aby Warburg’s own research and to scholarship facilitated in Hamburg and London by the Institute that Warburg founded. It also speaks to the interdisciplinary character of the institute. Over the next three terms scholars will discuss and analyse the temporal dimensions of festivals in Europe and beyond from the perspectives of social history, art history, history of music and literature, and anthropology. A focus on Renaissance and early modern topics will be complemented by lectures on later and/or non-European themes.

The programme for the Autumn and Spring terms will consist at least initially of online meetings only. For the Summer term 2021 more events are presently in the planning and shall be announced in due course. Unless otherwise *indicated lectures will start at 5:30pm and last c. 50 mins followed by 30 mins discussion.

Image: Jacques Callot: Etching of a festival float representing the chariot of Amor, in the shape of a cloud, with nine amoretti at the top, and the three Graces at the bottom; from Salvadori, Andrea, ‘Guerra di Bellezza, festa a cavallo fatta in Firenze per la venuta del serenissimo principe d'Urbino l'ottobre del 1616 in Firenze’ (1616) 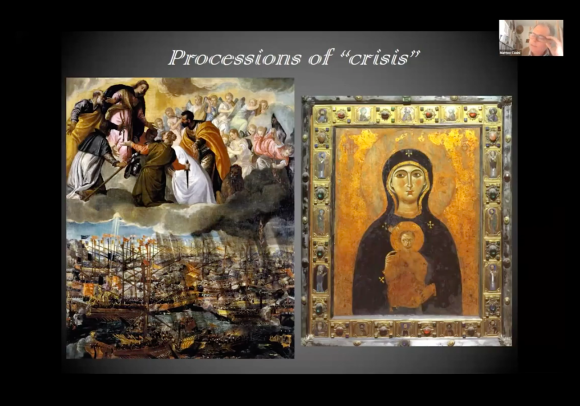 Times of Festival | A Society on Show: State Processions in Renaissance Venice (1495-1600) 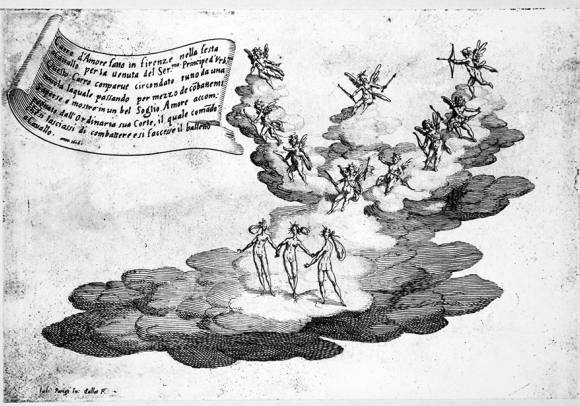 Times of Festival | ‘From "In the beginning" to "World without end": the History of Man’s Salvation in the San Giovanni Procession of 1454’ 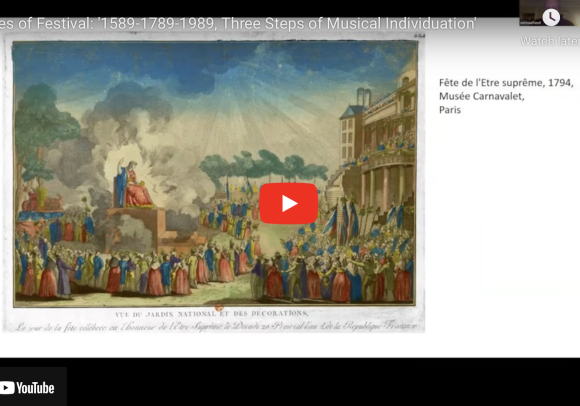 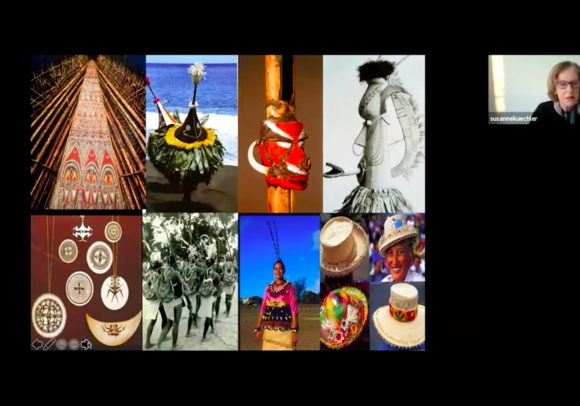 Times of Festival | An Anthropological Perspective on Festival, Time and the Image 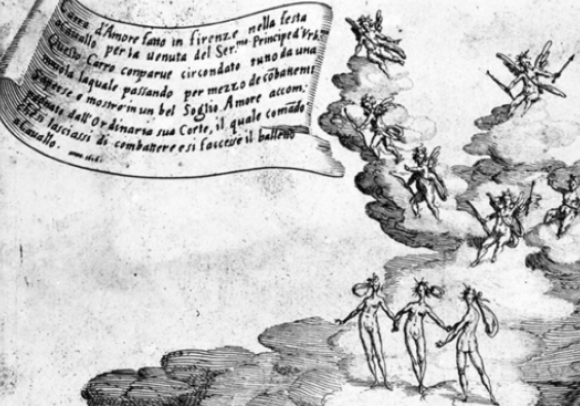 Times of Festival | 'Residues and Reuse: a festival and its afterlife in an Indian metropolis'